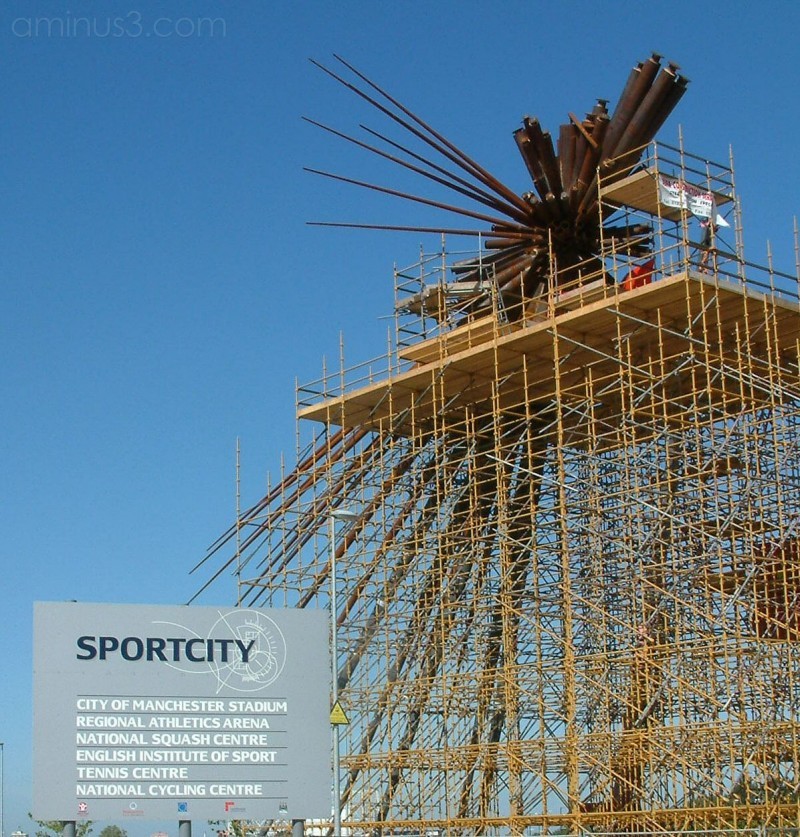 The B-of-the-Bang under construction in September 2004.

Other photographs can be seen at http://hydedailyphoto.blogspot.com/2006/09/b-of-bang.html

At 183ft (56m) it is the tallest self-supporting sculpture in the United Kingdom. It was designed by Thomas Heatherwick and erected outside the Sports City stadium built to host the 2002 Commenwealth Games. It is now called the City of Manchester Stadium and is home to Manchester City FC.

The sculpture takes its name from a Linford Christie quotation in which he said that he started his races not merely at the 'bang' of the starting pistol, but at 'The B of the Bang'.

Hey..how did u come across my blog??!! Its still not activated!!

@Prithvi Mandava: I probably found it listed at photoblogs.org -- I check out the newly listed blogs most days

Aggressive sculpture, very well representing the intentions of the speaker!