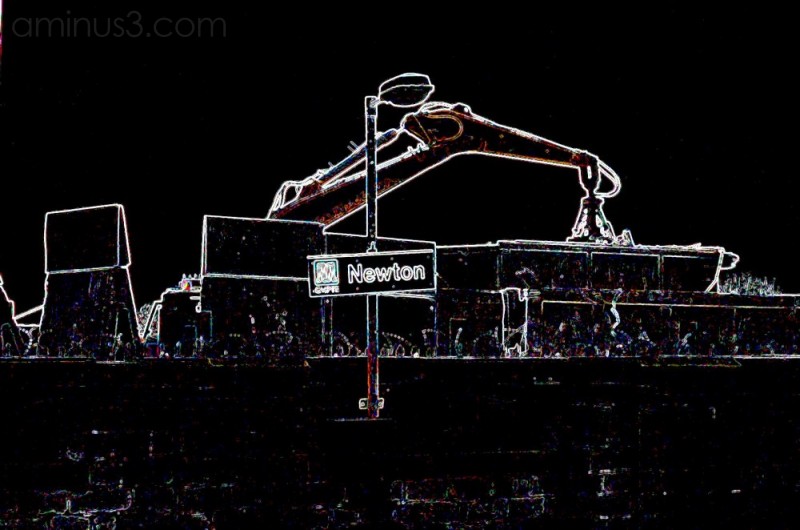 Newton station lies on the line from Manchester to Glossop. Behind the station is a waste management firm with a crane driver moving material between skips.

Exactly what steps I took to transpose the original photograph into this image I can't say.

I might have posted this several months ago, but around that time there was a news report that a crane driver had seen a youth on the station pointing a gun at him. It turned out in the end that it was a replica gun and the youth himself took it to the police, but it caused a not unnatural furore at the time.