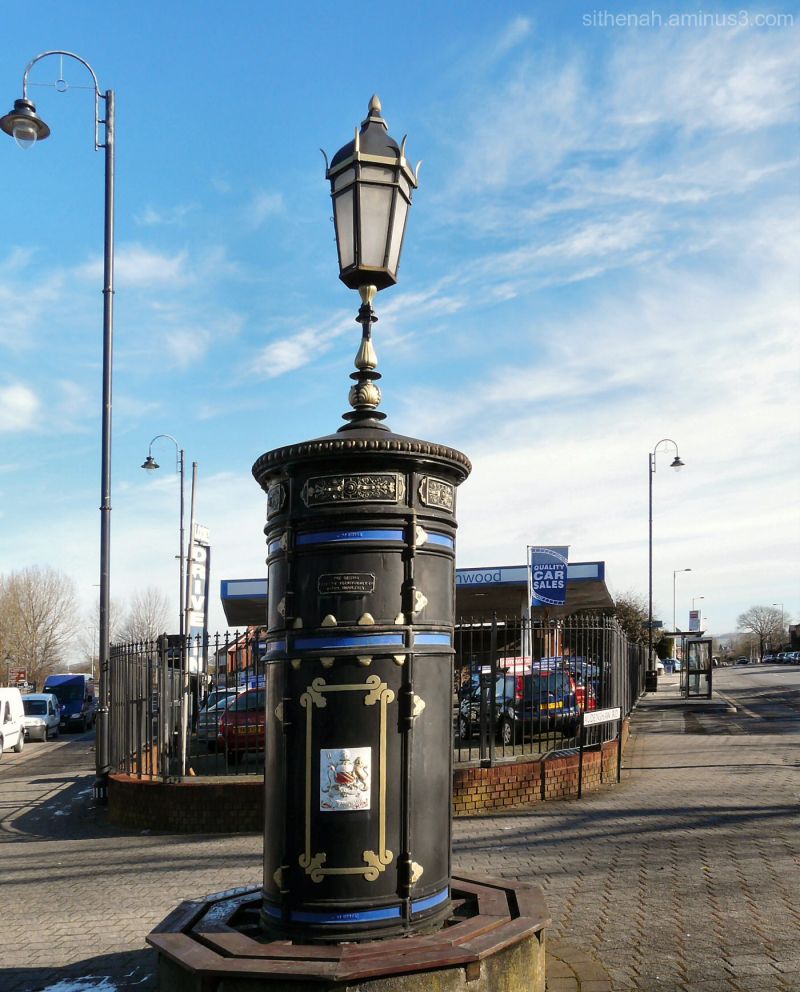 Behind the Audenshaw Trough on the junction of Manchester Road and Audenshaw Road is a transformer pillar built about 1900. At one time it had three lamps which used to the light the way for trams.

It is of cast iron and consists of a circular pillar on a 20th century concrete base topped by a street lamp. The face is split vertically into panels and horizontally into three stages. On the front it bears the Manchester coat-of-arms and a plate records the maker: the British Electric Transformer Company. Another plate records the restoration by Norweb in 1983. Enriched cast iron panels are on the top stage. The conical top is above a bead and reel band. The structure is topped by a hexagonal lamp on a decorative spindle. The concrete base is surrounded by a bench.

For more skys around the world visit Skywatch Friday

It is very ornate and quite lovely. It is nice when they take care of something with historical value.

Wow. Don't you just wish they still made utility boxes, pillars and such as gorgeous as this? Wonderful!
Happy Friday and happy weekend!

I would never have guessed that this was a transformer. At least the people on the bench should have a warm back-rest in the winter.

This is beautiful, detailed work! Interesting story behind it too. Thank you for sharing. :D