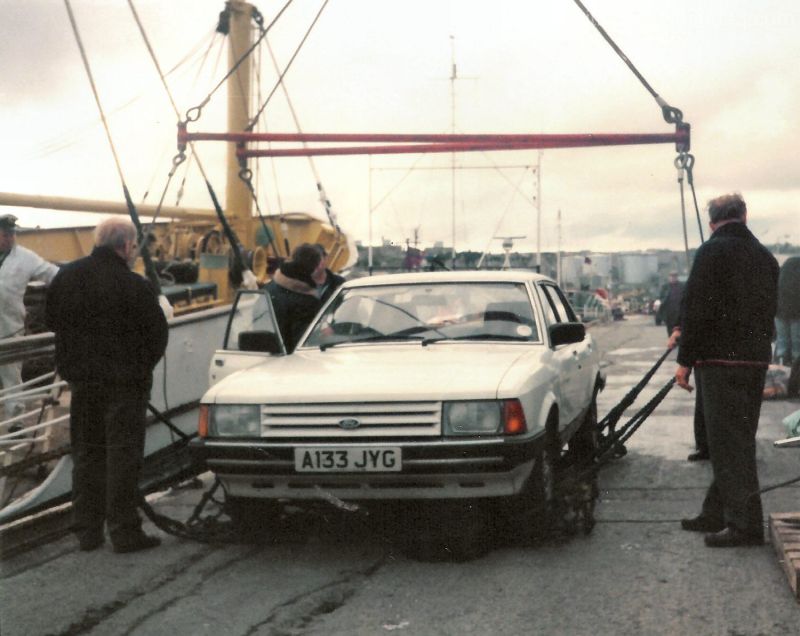 Posted by sithenah (Greater Manchester/Cheshire, United Kingdom) on 27 April 2010 in Transportation and Portfolio.

In the summer of 1985 the MV Syllingar sailed from Kirkwall to Scalloway via Westray. The service operated by Viking Island Ferries only operated for the one season. It was capable of carrying 300 passengers and 14 cars, but was not a RORO so cars had to be lifted into the hold.

The MV Syllingar was previously the Scillonian II and a full history of the ship can be found on the Hearts of Oak website.

Looks like a pretty grey day there! I'd love to see the Orkneys some day.

Interesting. I love the idea of one form of transportation ferrying another; don't know why.

Wow, I'm glad it's roll on roll off now. Although it might be quite a sight to see my coach up in straps being hauled into the hull of a ship!

Amazing. I never wondered about that until now! Good post!

What a long and varied career this ship had, - and very sad in the end.

jay from Antigua and Barbuda

@jay: My only worry at the time was that we had to wait around for quite a while until it got unloaded.