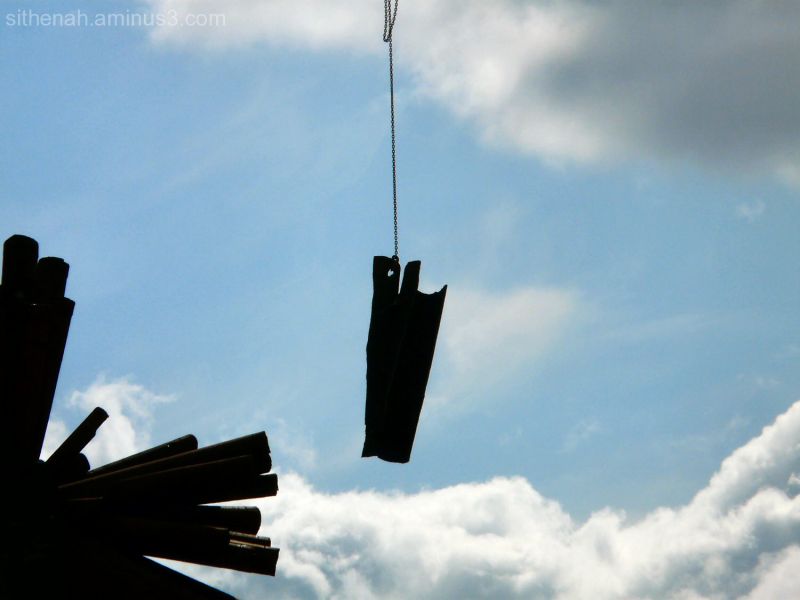 The "B of the Bang", erected in 2004 outside the City of Manchester Stadium, was designed as a tribute to the 2002 Commonwealth Games and was named after British sprinter Linford Christie's famous saying: "I'll be gone by the B of the Bang."
See news item

See my photograph of it under construction.

The 184ft (56m) sculpture, designed to look like a fireworks explosion, was made up of 200 solid steel columns. Welders spent several hours securing five of its 82ft (25m) tapered legs to the ground.

See my photograph taken in July 2006.

In February 2009 it was announced that it was to be taken down after being blighted by safety concerns and a legal row.

See my photographs taken in May 2009

This photograph was taken in October 2009. Now there is only an empty space and memories.

How sad to see a commerative sculpture removed. I guess it really is Bye Bye Bang.

That is sad! Always amazes me some of the things people find to get upset over, but I guess Bye Bye Bang what it is! Great capture!

that must have been BAD construction; pathetic...

What a waste of public money Gerald - yet we see it so often don't we. A fantastic collection of pictures showing the full story of the rise and fall of such a piece of sculpture.

Thanks so much - as ever a post of interest and social commentary.
Great stuff.