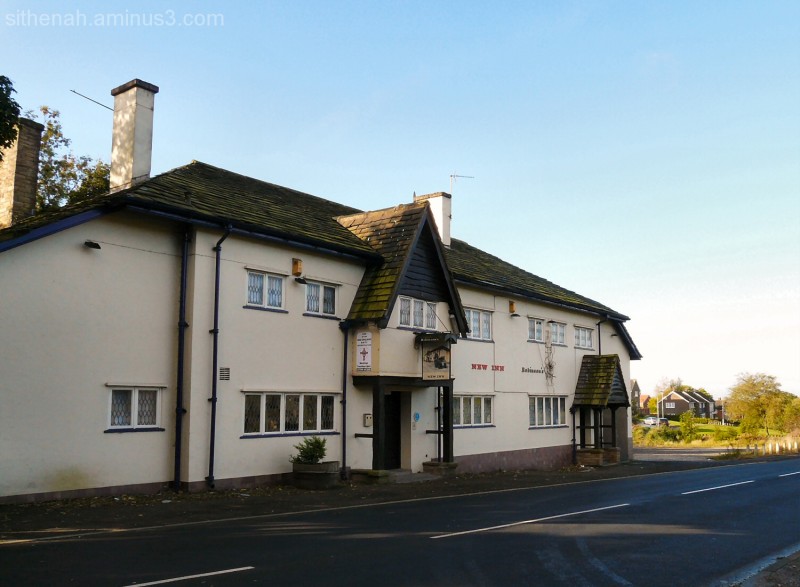 This former Robinson's Inn stood by the side of the A57 road from Liverpool to Lincoln.

There may have been an inn on the site since the 1600s and it was known as a highwayman's inn. There are tales of it being haunted by a ghost named Mary.

However the New Inn was first licensed around 1856 with Robert Turner being the first Innkeeper.

William F Gratton was the landlord in the 1930s. Between 1927 and 1930 there were sixteen serious accidents on this stretch of road that were attributed to a "Phantom Lorry". read the story A lorry features in the Inn sign.

It was the local of the Moors Murderers, Brady & Hindley whose house on Wardlebrook Avenue was behind the Inn. The house was demolished many years ago.

A later landlord was the father of boxer Ricky Hatton who was brought up in the New Inn. Part of the celler was used as a gymnasium.

The pub was demolished in August 2012 and current plans are for new houses to be built on the site.

See how it looked during demolition on Hyde DP Xtra.