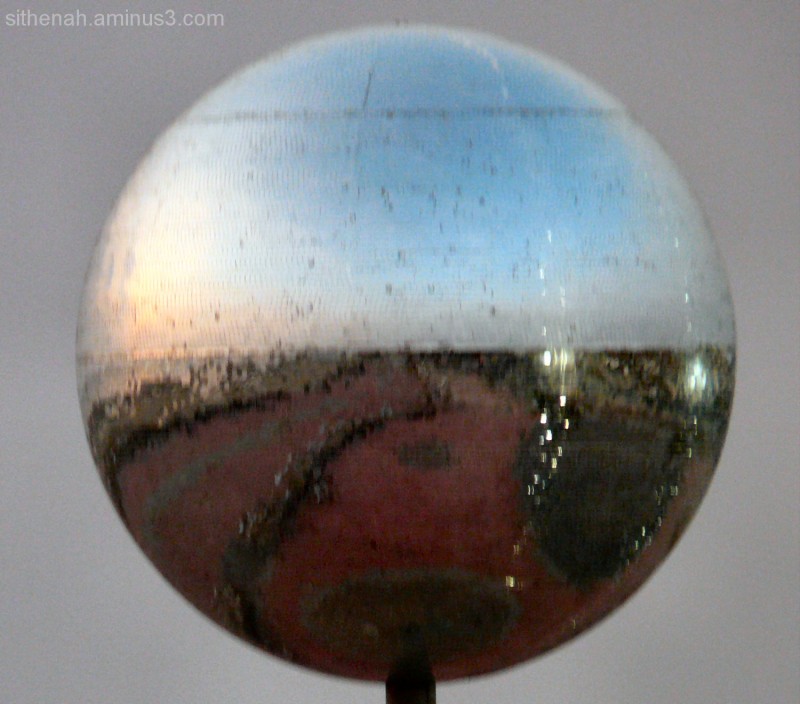 They Shoot Horses, Don't They?

Posted by sithenah (Greater Manchester/Cheshire, United Kingdom) on 31 May 2013 in Art & Design and Portfolio.

They Shoot Horses, Don't They? by Michael Trainor is a rotating ball 6m in diameter, covered in almost 47,000 mirrors and named after the 1969 film about a ballroom marathon.

It was installed in 2001 as part of the "Great Promenade Show" in Blackppol.

A contribution to Weekend Reflections.

That's a nice subject of reflection indeed ; I like the blury effect : it makes it uncertain.

. Love the contrast of the reflections.

A fine item for a reflection shot with excellent result.