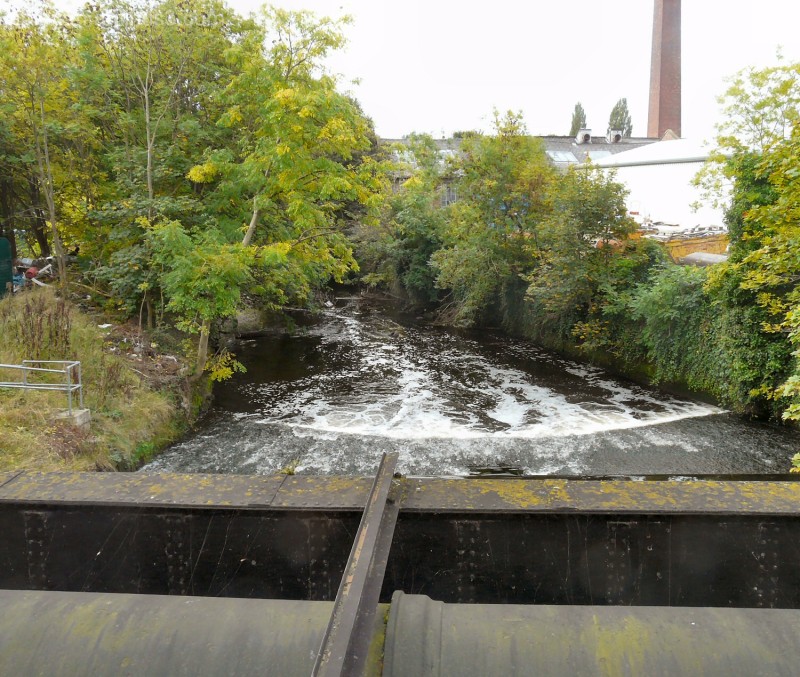 The River Tame (Greater Manchester), not to be confused with its namesake in the West Midlands, rises on Denshaw Moor. Its catchment lies mainly on the western flank of the Pennines. The named river starts as compensation flow from Readycon Dean Reservoir in the moors above Denshaw. The source is a little further north, just over the county border in West Yorkshire, close to the Pennine Way. The highest point of the catchment is Greater Manchester's highest point at Black Chew Head.

The river flows generally south through Delph, Uppermill, Mossley, Stalybridge, Ashton-under-Lyne, Dukinfield, Haughton Green, Denton and Hyde. After Mossley the river marks much of the historical boundary dividing Cheshire and Lancashire, before its confluence with the River Goyt to form the River Mersey at Stockport.

Here on the south side of Broomstair Bridge on the Hyde/Denton border is a girder bridge carrying a pipeline which is part of the aqueduct carrying water from Woodhead to Manchester. Read more about the system on Old Hyde

See the view to the left on Hyde Daily Photo.

See the view to the right on Hyde DP Xtra.

A contribution to Scenic Weekends

There is an identical pipe on the other side, which ruptured in the early sixties, luckily on the side over the river, rather than towards Hyde Rd.

Many thanks for that interesting comment about the other pipe.