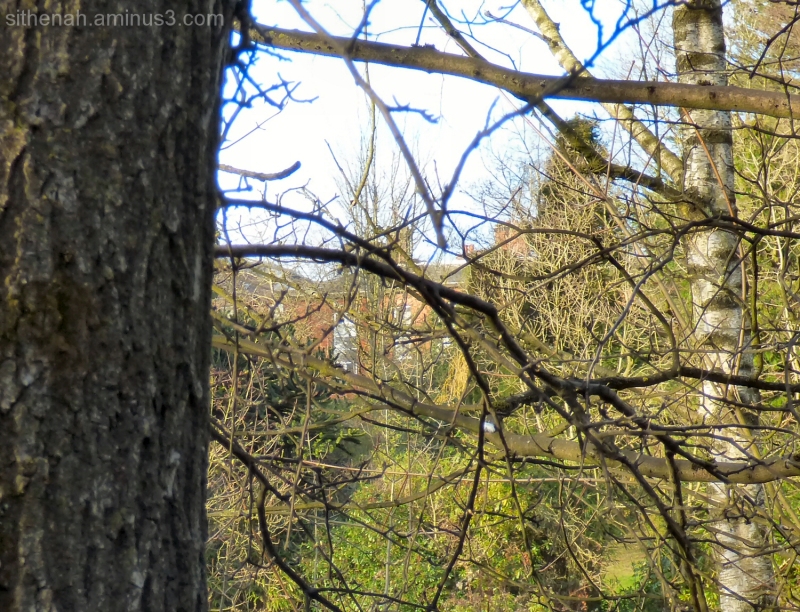 A Glimpse of Pole Bank

Viewed through the trees from Stockport Road.

Pole Bank, a Grade II listed was originally the home of the Ashton and Beeley famiies. Thomas Kerfoot rented the property from 1912-19. In 1920 the hall and grounds were purchased by George Frederick Byrom for £4200. After his death in 1942 and in accordance with his will Pole Bank Hall and Grounds were bequeathed to the Corporation of Hyde for the use and recreation of the general public.

The hall itself is a care home, run since 1998 by the Laurel Bank Care group

The grounds which includes a pond, walled gardens and woodland paths is a public park which are in part maintained by a volunteer group, Friends of Pole Park - see their Facebook page.

See a different version of this photograph on Hyde Daily Photo.

A contribution to Scenic Weekends.

Interesting view through the webby tangle of boughs.