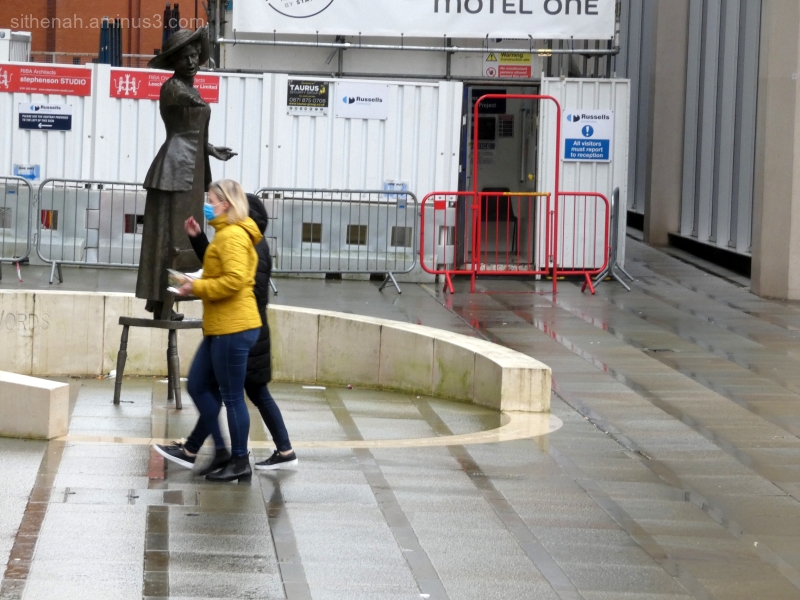 The statue of Emmeline Pankhurst in St Peter's Square was unveiled in her home city of Manchester on Friday, 14th December 2018 a date chosen because it marked exactly 100 years since British women were first allowed to vote and stand as candidates at a General Election.

The statue, designed by sculptor Hazel Reeves, is entitled "Rise up, women". it depicts Mrs Pankhurst as she could often be seen at the height of her campaigning, with her stood aloft a chair to address those gathered to hear her words. It has been placed in St Peter's Square, symbolically orientated towards the former Free Trade Hall, where the first disruptive meetings of the suffragettes took place.

Behind her a new hotel is under construction.

I like the juxtaposition with these modern ladies, as well as the masks as a sign of the present times. Ms. Pankhurst was probably quite familiar with the last global pandemic and now the cycle repeats this 100 years later.

Many thanks for your comments